We are hiring! Click here to review some of our open opportunities. 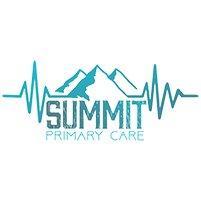 The blinding agony of a migraine headache can leave you unable to work or do much more than lying quietly, waiting for the pain to ease. If you have migraines, Summit Primary Care offers expert care at their offices in Denver, Colorado Springs, and Pueblo, Colorado. The experienced team helps you identify triggers for your migraines and provides a range of treatments to reduce the intensity and number of attacks. Find out more by calling Summit Primary Care or booking an appointment online today.

Migraines are excruciating headaches that can persist for several days. They typically cause intense, throbbing pain in one area of your head and frequently result in nausea and vomiting.

Other common symptoms that accompany migraines include sensitivity to sound, light, and sometimes touch. If you have classical migraines, what's known as an aura can occur, which causes visual disturbances such as seeing flashing lights or strange shapes. You could also suffer blurred vision or temporary sight loss.

These symptoms can occur in the hours leading up to the start of your migraine, acting as warning signs. They can also form part of the migraine attack itself.

Some people who get migraines sense when an attack is coming because they experience mood changes, food cravings, and other indicators.

During and after a migraine attack, you might feel so weak and overwhelmed by pain that you're unable to function normally. If you're having frequent migraines, they can severely disrupt both work and home life.

So far, no-one's isolated a definitive cause for migraines. What is known is that they involve abnormal brain activity that interferes with the chemical balances and blood flow in your brain and affects nerve function.

Most people find they start having migraines as a child or young adult. Some have them very infrequently, with years going by between attacks; others have them more regularly.

There's often an identifiable trigger that sets off a migraine attack. Alcohol, caffeine, and certain foods like aged cheeses and chocolate are common triggers, but there are many others, from severe stress to particular smells.

What can I do to avoid migraines?

Identifying your triggers is the first step in reducing the number of migraines you get.

If you don't know what sets off a migraine, keep a record of everything you do, what you eat and drink, and how you feel to help isolate your triggers. You can then take steps to avoid them as much as possible.

Managing stress, exercising regularly, and making sure you get enough good quality sleep are also important.

What treatments are available for migraines?

There's no cure for migraines yet, but you can reduce their frequency and effect with help from the Summit Primary Care team.

There are various types of medication available for migraines. Some, like antiseizure drugs and blood pressure medications, help to prevent migraines, while others, like triptans, reduce the intensity of migraine symptoms.

If you suffer from 15 or more migraines every month, medical Botox® injections could help. They work by disrupting the chemical pain messages your nerves send to your brain.

However frequent or severe your migraines are, the Summit Primary Care team can create an optimal treatment plan for you. Call their office or book an appointment online today.